Bala is located at the head of Llyn Tegid, its famous lake. It is an ideal location for touring both North and Mid Wales.

Check out the various Hotels, B&Bs, Self-Catering Accommodation, Campsites, Attractions and Activities that the Bala area has to offer.

It is within a one hour drive of the coastal regions and attractions. The area is famous for water-sport activities which centre around the lake and nearby rivers. Visiting the lake and seeing the amazing range of water craft is well worth the effort. Fishing is plentiful as are walking, cycling and other activities. A miniature steam railway is well worth the ride and accommodation offers value for money all year round.

The street layout, set up by Roger de Mortimer from Chirk Castle in the 14th Century (See history below), is marked out in square courts. Stryt Fawr, the main street, is wide and has shops along its length – it is where the original markets were held.

Two side lanes, Arenig Street and Plase Street were attached to the old Tomen. This being ‘Tomen y Bala’ a typical large Norman castle mound or “motte” which was located at one end of the town and is now accessible as a public garden. This is worth visiting as from the summit you can see wonderful views of Llyn Tegid (Lake Bala) and the mountains beyond .

The ‘lake of the five parishes’ Llyn Tegid is over four miles long and a mile wide at its widest and is the largest natural lake in Wales. It is home to a unique fish called the Gwyniad, considered to be a form of Herring and apparently a relic of the ice-age. Arrangements have been made to ensure its survival should there be a crisis in Llyn Tegid incidentally!

The lake’s name comes from ‘Tegid Foel’ a character in the ‘Mabinogi’,  a series of Welsh stories and legends from around the 6th Century in King Arthur’s time.

Bala, a town steeped in history, was founded by Royal Charter around 1310 by Roger de Mortimer in order to tame the rebellious locals in the Penllyn District – Penllyn means ‘top’ or ‘head’ of the lake. It is interesting to note how these rebellious ‘Quakers’ came to be in the area. It was during Cromwell’s interregnum (an interval when normal Government is suspended) that a Puritan priest from Wrexham named Morgan Llwyd, (Better know as ‘Morgan Llwyd o Wynedd’) became famous as author of prose and verse in both Welsh and English. He lived in Cynfal Fawr near Ffestiniog and during his journeys between his home and Wrexham would travel through Penllyn. He began preaching at a place known as Bodwenni (a large house between Bala and Llandderfel) and built up . a following in Penllyn.

His sermons stressed the importance of listening to the “light within”, “conscience” and the “canals God had lighted in men’s souls etc”. His death at the at the early age of 40 in 1659 was untimely and his congregation at Bodwenni found the teaching of the Quakers, with their faith in the ” inner light ” to be the natural faith to turn to after his death. Morgan Llwyd o Wynedd had a number of disciples and one ‘John ap John’, a native of Penycae near Rhiwabon (Ruabon) near Wrexham became the apostle of the Quakers in Wales. He was often found succouring the Quakers in Penllyn. This history moves on to link with early American history when several of these oppressed Quakers left the area of Bala & Penllyn to make a new life in America.

A local story goes that in 1804 a lady by the name of Mary Jones walked bare foot from Llanfihangel-y-Pennant to Bala to collect a Bible – a journey of over 50 miles there and back. A famous local, Thomas Charles, had none left and took pity on Mary and gave her his own. Thomas Charles had helped to start the ‘British and Foreign Bible Society’ > Indeed, his grandson, David Charles, founded Coleg Y Bala in 1837. Another local, Michael D Jones, in 1865 sent out groups of Welsh people to Patagonia in South America where they eventually settled the area and to this day it retains its Welsh culture, connections and , language.

It is quite fascinating to consider this small town in Wales has influenced life in such far off places.

Many people in Bala made their living as ‘knitters’. Nearly everyone knitted socks and gained their income by selling them in the popular market. Indeed their ‘knitters market’ helped make the name of Bala become well known further afield.Today, industry is more varied with a decline in traditional farming and craftwork being replaced with more modern occupations such as tourism.

The Bala Lake is the largest natural lake in Wales and is home to a white fish called the Gwyniad – found nowhere else on the planet. Its ancestors were trapped in the waters there at the end of the last Ice Age.

A piece of History

In 1865 153 colonists (mainly from Bala) left Wales and set up Patagonia in Argentina. Two were the aims: 1) escaping the economic slump;     2)creating a haven for Welsh culture.Today perhaps 5000 descendents of those and later settlers are able to speak Welsh. 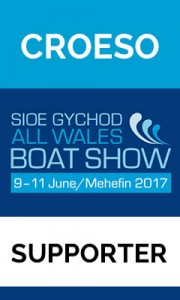